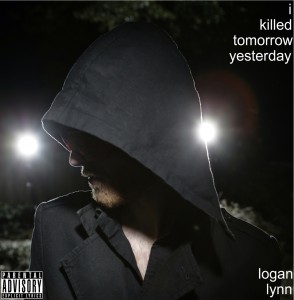 Portland’s finest indie-electronic musician, Logan Lynn, is back with a new record. I Killed Tomorrow Yesterday was produced by Bryan Cecil and is much more darker than his previous release, From Pillar to Post. That, and it sounds as if it were sent here straight from 1985. The synthpop sound suits Lynn’s voice well and the subject matter which deals with alienation and disillusionment. “Velocity” could have been straight off of one of my mother’s 1980s Latin freestyle records and is the album’s definitive dance record; other standouts include “Tennis Whites”, “Quickly As We Pass”, and “Fly Me Through”, which wins the award for best chorus: “So get onboard, or/Shut your f-cking mouth/You just shut your f-cking mouth/Shut your f-cking mouth”.

Currently, 100% of proceeds from I Killed Tomorrow Yesterday go to charity, so we encourage you to purchase it by clicking HERE. Physical copies will be made available on December 28th, 2010.

Here’s “Velocity” by Logan Lynn off of I Killed Tomorrow Yesterday: