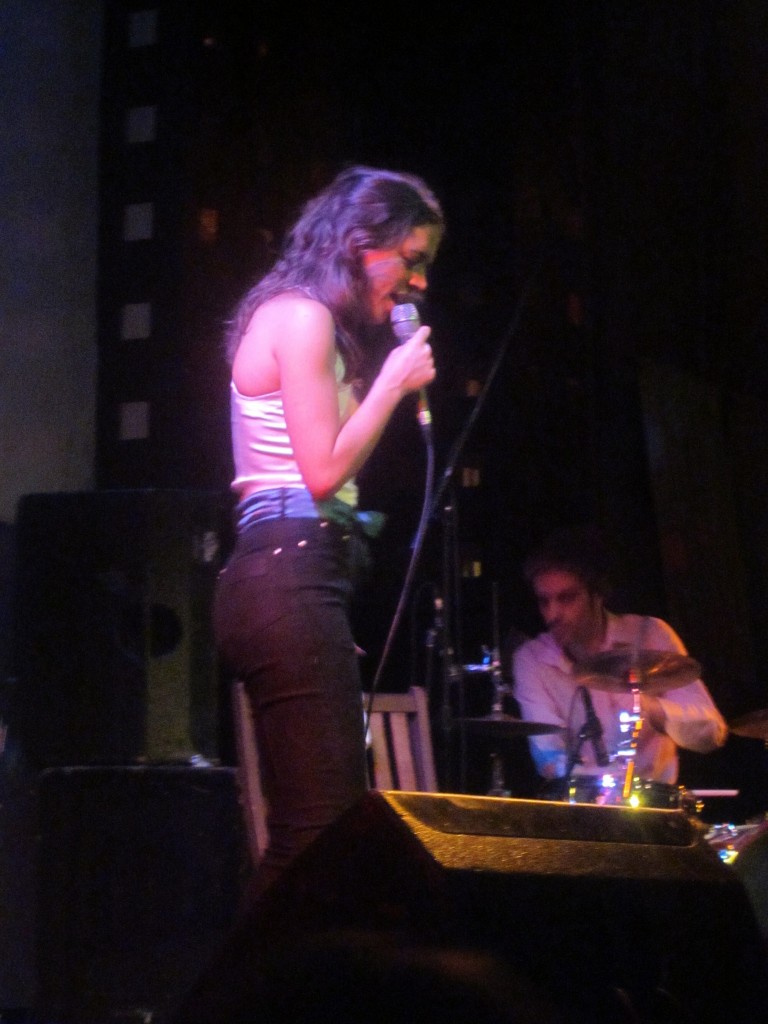 Brazilian singer-songwriter Luisa Maita made her debut North American performance this past Wednesday, November 3rd at SoHo’s famous SOBs (Sounds of Brazil) and the word of the night was “subtle”. She took the stage with three musicians – a guitarist, bassist, and drummer – which, at first glance, seemed a bit bare. The sheer volume and depth that her debut, Lero-Lero, carries suggested a much larger band would be accompanying her, but the performance given from the talented musicians suggested nothing was missing.

Maita opened the night with the title track, “Lero-Lero”, and set the mood for the evening – no sudden movements from Maita, whose moves were slight and, at times, robotic; she gazed straight ahead, focused; she would hit certain notes and a large sound would come from lips that barely opened. Her background musicians were enjoying every moment of the show, with the guitarist and bassist being particularly playful and sharing moments of smiles and laughter.

In addition to songs from Lero-Lero, Maita introduced the crowd to three new songs in her expanding repertoire including a song in English. Transitions were smooth and the audience engaged; it was hard not to move with songs such as “Lero-Lero” or notably “Fulaninha”, the upbeat, funk-inspired track with which she ended her set. “She has an amazing instrument,” commented my friend. I couldn’t agree with her more. There are few other artists that can capture your attention as if you were watching a ballet while making it perfectly acceptable to move right along with her. One thing’s for sure: Maita’s music contains multitudes.