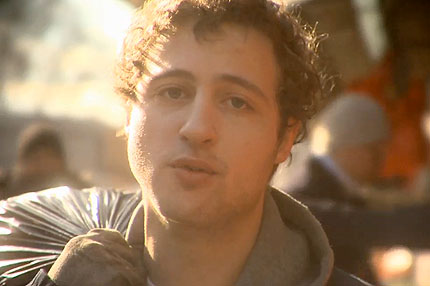 Below we have the official video for Samuel‘s debut single “I Heart NY,”a stellar tune we had talked about a little while back. The video, directed by Austin Peters, was filmed in the dead of winter on Chrystie Street (NYC), and features some close friends and family members. If you look carefully you will also notice producer group The Knocks are helping Samuel out on the job. Kanye West gave him his stamp of approval, do you?

Make sure to look out for Samuel’s debut album, Trains To Wanderland, releasing on Startime/Columbia Records later this year.