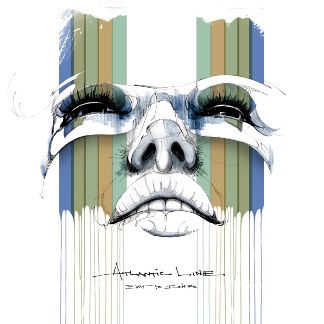 Upon first listening to Atlantic Line, it’s hard to believe they are based on our side of the Atlantic – everything from lead singer Ray Silva’s voice to the execution of the melodies would have you think they were a British rock band. That said, their album Exit to Intro is superb – and available for free (click HERE to download). It’s well-written and produced and it’s excellent for radio and TV. Visually, the kinds of concept videos that could be created from their songs are endless. The world has its fair share of artists trying to produce ambient, cinematic rock music, and plenty more artists dreaming of doing it, but Atlantic Line delivered the goods. They are one of two artists in the past six months that have successfully stopped my thought process and just made me listen. Simply listen and not engage. The music happens to you and nothing you do, nor imagine, can change it. That’s some good shit.

Atlantic Line is performing in their native California ( ain’t that the Pacific? We’ll let it pass) but we are eagerly awaiting their arrival on our Atlantic shores. Til then, download their album and let them take you wherever. If they re-release this album in a year or two from now, I’ll even pay for it.