I now know why they are called The Heavy…

The Uk Neo-Soul/rock group is currently supporting Sharon Jones and the Dap Kings, but since they had a few extra days to spare, they decided to throw two shows, one on June 14 + 16 at Bowery Ballroom in NYC. My friend Hannah and I went to the 6/14 show and left amazed. This group packs so much energy into their show and boy is it heavy.

So, you would think with a group like this that they would all be on stage do their thing and be done, but if you have listened to their latest album, The House That Dirt Built, you will realize that there is more to this group then just 4 guys playing some instruments. To my surprise front man, Swaby, was not your ordinary singer. With a mini frohawk and few piercings, he was all over the stage and crowd working them like a hip-hop emcee would. He would get the crowd involved, slap their hands, get close up in their face and just really give the audience something to watch and remember. Hell, it got so crazy in there that people started a mini mosh pit up front. (oh and then there was this one annoying girl who ran and pushed forward wailing her arms the whole time, I wanted to bitch at her)

With a full band behind him, including saxophones and backup singers, The Heavy were heavy. Their songs can go from reggae to soul to rock, and all were executed fantastically. It was nice for once to see a band that didn’t use a laptop as their main instrument.

Bowery Ballroom was packed that night and the crowd was so amazed by their set that the band came on for a 2 song encore, ending the night with as much energy as when they started.

Check out some pics below as well as more on the BBC Facebook page (Become a fan too!!!)

We also got a chance to interview the band which you can watch below. Yes, the interview did take place in a bathroom, it was the only place that had light. Ha 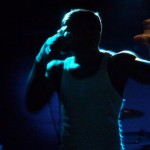 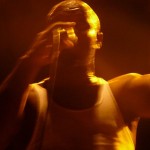 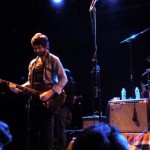 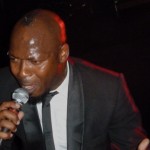 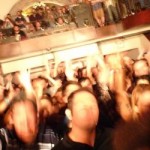