Our Interview With Make the Girl Dance ( @M_T_G_D ) 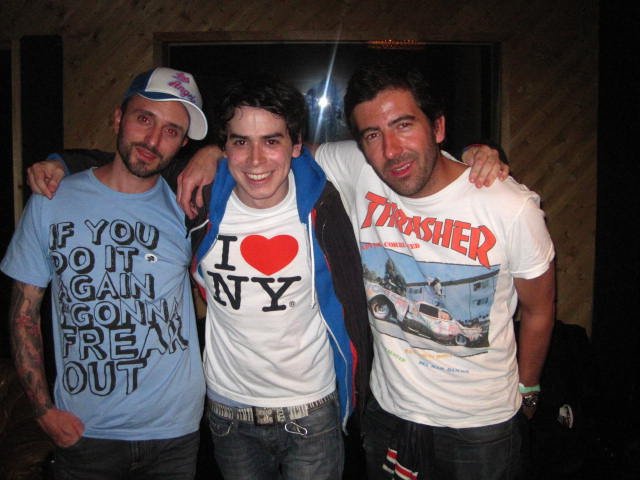 Below is our interview with French electro duo Make the Girl Dance (Greg Kozo & Pierre Mathieu) who played at Webster Hall on March 26th. We were suppose to interview them before the show, but like usual, the G train decided to take its sweet ass time and we were late — but that was a good thing.

Their set was absolutely ridiculous.  The Studio was packed and there were tons of people dancing it out on stage (even some dude in briefs, a bathrobe and sunglasses who couldn’t get enough). As the night went on more and more people started making it up to the stage until it was no longer possible to see the duo that were making the crowd go bonkers.

After their set we managed to meet up with them and their label rep, Sam, who was pretty cool. The 2 Frenchmen were very down to earth, very animated and a blast to talk to. We talked about everything from their beginnings to what it was like to have a hit song to the idea of the artist and the album in this new digital age.

Special thanks to Ms. Wagner for the camera work.

P.S. i was a little drunk when we interviewed them, just an FYI