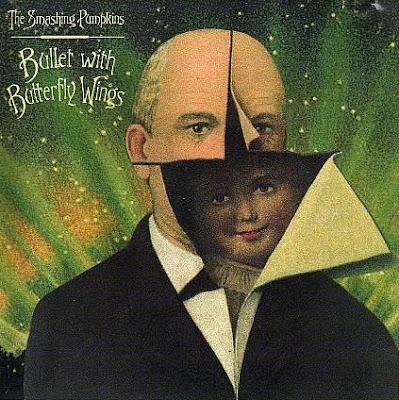 So, I was very happy to receive the Smashing Pumpkins Box set, The Aeroplane Flies High. I originally wanted this back in 1996 when it first came out, but since I was only 13 at the time, i didn’t have any money. Fast forward 13 years later and that random memory of me wanting that box set jumps into my mind, and since it is so simple to buy things online, it was no surprised that within in 10 minutes Amazon was sending me a confirmation email.

The box set is essentially the 5 singles (with b-sides) from the epic Mellon Collie and the Infinite Sadness LP. Each single and their b-sides have their respective feel, but the one that stood out the most was the Bullet with Butterfly Wings Single

There was this one b-side track on that single that really stood out for me because it was a departure from what I knew SP sounded like. The song was called “Destination Unknown” and within 30 seconds it won me over.

“Destination Unknown” is an electronic version of SP. The beginning opens up with this tinny 90’s sounding electronic drum beat with Corgan’s voice. Then this arppegiated bassline kicks in that just screams fun and catchyness– After that it’s history. Bare at times, but thick at others, Corgan uses synthesizers all over the place adding depth to a fairly straightforward song.

After listening to the song a gazillion times, I sort of wish SP experimented with this sound a little more, but at this time, (1995) it was not their sound, hence the b-side. Its interesting to see SP’s mind set back then, and to illustrate that I will leave you with the interesting comment from James Iha in 1996 – “The future is in electronic music. It really seems boring just to play rock music.”

If you like the Pumpkins and electornic music, then you need to check this one out; and the box set.

UPDATE 11/6/09: Unbeknown to me, Destination Unknown is a cover song originally done by Missing Persons as are the rest of the songs on the Bullet With Butterfly Wings single.