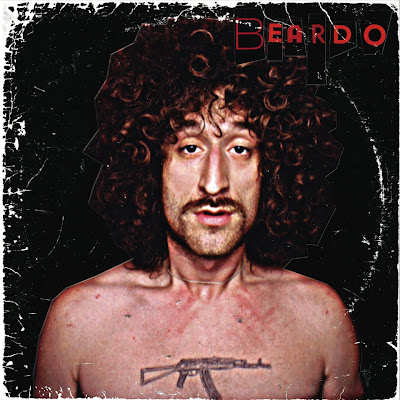 Beardo, born Jeramy Gritter in Harlem, later moved to L.A. with big dreams. He Quickly linked up with Mickey Avalon and the crew of Dirt Nasty and Andre Legacy. His name comes from a drunk critic who said “no one cared about what Beardo had to say.”

Flash forward to today, Beardo recently wrapped up a coveted opening slot on tour with Snoop Dogg, has sold thousands of his debut record, Beardo, and was recently featured in High Times.

Beardo shows you that you don’t need much to make party rock music, just some good lyrics, guitars and some drums. Every songs is a power anthem. Perfect skate music if you ask me. It makes you want to be a rock star and just say fuck the world. This is especially more relevant when you listen to his lyrics. Talking about bitches, coke, weed, sex, the bad parts of his life, the good parts, he lets them all out for you to hear, and with each song you unwrap another part of this guy with a beard.

Some highlights include “American Anthem”, “I Want to Fuck” and “Losers”

The best way to describe this album would be to take the music of Andrew W.K., add the raunchy lyrics of the Micky Avalon and take the rebellious spirit from the 80’s punk-rock era and put it into that weirdo named Beardo.