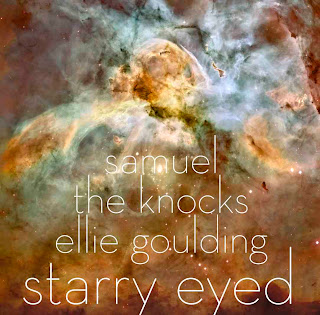 The Knocks seem to be an up and coming production duo cranking out track after track. With originals and remixes floating around the blog-o-sphere, they have teamed up with NYC artist Samuel to produce a track which is a re-working of Ellie Goulding‘s track, “Starry Eyed”

The track has this very R&B Top 40 pop feel to it. Soft and mellow, but upbeat when is needed. If this is what The Knocks have up their sleeve, they are definitely ones to lookout for in the future.