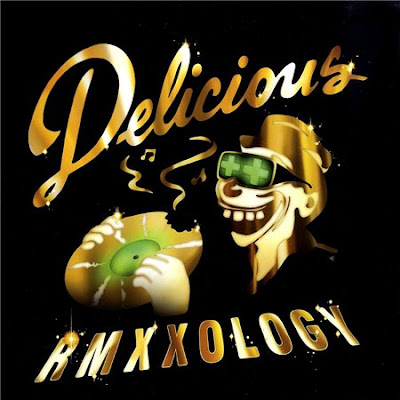 The song is inspired by a truly obscure cut from deep in the Delicious Vinyl catalog: an electro-bass number called “The Fine Line Between Hyper And Stupid” that appeared on the b-side of Tone-Loc’s 1990 single “I Got It Going On.” The song has crazy 8-bit synth arpegiators going on and a deep basslines. Not to mention the amount of vocoders use on the track. Its like being thrown into chaos, and you have to make your way out.

The video on the other hand is crazy – Picture Tron meets arcade games, meets Daft Punk. The video focuses around these two female “robots” who are wearing masks that look like a combination of Daft Punk and Ironman. While they are roaming about, the other people are being transported in and out of 8-bit arcade games where they actually become part of the game. Very much like Tron. That’s all I’m gonna say about it, you just need to watch it for yourself.