Happy Friday! It’s spring time, it’s sunny out and we have some hot tracks lined up for you today. 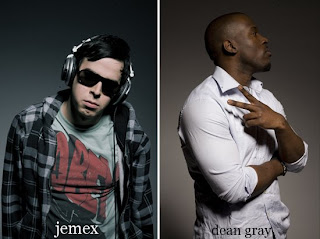 First up, “El Fin” the single from producer Jemex’s album “Square 1” which is expected to drop in early June. The album contains 4 songs and one mix bringing you a plethora of flavorful sounds from R&B to electro pop. We’re bringing you just a taste of what that album will feel like today, so stay tuned for more in the upcoming weeks. Have an aural orgasm with “El Fin” below.

Next up, David Guetta “When Love Takes Over” ft. Kelly Rowland to be featured on his 4th album due out in August. This has some summer dance hit potential, but nothing will ever beat Bob Sinclair’s World Hold On. Who’s with me on this? World Hold On… oh and answer me this if you will, why is Kelly Rowland now doing the vocals for dance music? Dance vocals + questionable hostess on Bravo’s knock off of “Project Runway” = Career spiraling downward… sigh, Beyonce stole your shine.